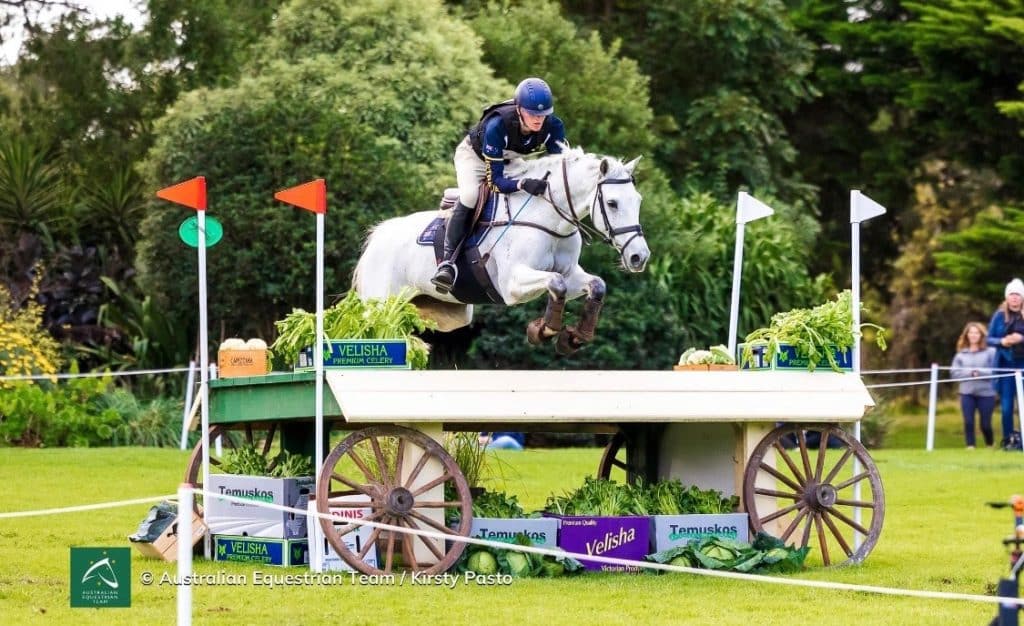 Oliver is not only our Year 12 captain but a highly skilled Equestrian rider and member of the Australian Young Rider Team! Having grown up with both parents coaching and competing to international levels in the sport, it was no surprise Oliver was also riding from an early age having competed in his first event at the age of 8. His horse is a mare named Sandhills Special

For just over a year, Oliver has been competing at the International 3* level in Eventing and, after placing 2nd in an International Competition held in Sydney earlier this year, he was selected for the Australian Young Rider team for the 2022 Oceania Championships in Melbourne. Just last month this competition took place where Oliver placed 14th and became a part of the National Youth Recognition Squad.
Oliver is now working towards some major Equestrian events in December this year. When asked where he aims to go with this sport, Oliver replied “Hopefully Equestrian is a sport that I am able to make a career out of in the future. In the short term over the summer, I would like to experience what Equestrian in Europe looks like and after that come back to Australia to build a team of horses that is able to be competitive and compete at some of the best events in the world”. Oliver says, “the ultimate goal is to represent Australia at the Olympic Games”.
We love seeing our students using the different skills and strengths God has given them and hope to one day see Oliver on our screens, competing in the Olympics! Congratulations Oliver on your recent achievements!
Photos have been taken at the 2022 Oceania Championships in Melbourne. Credit – Australian Equestrian Team/ Kirsty Pasto